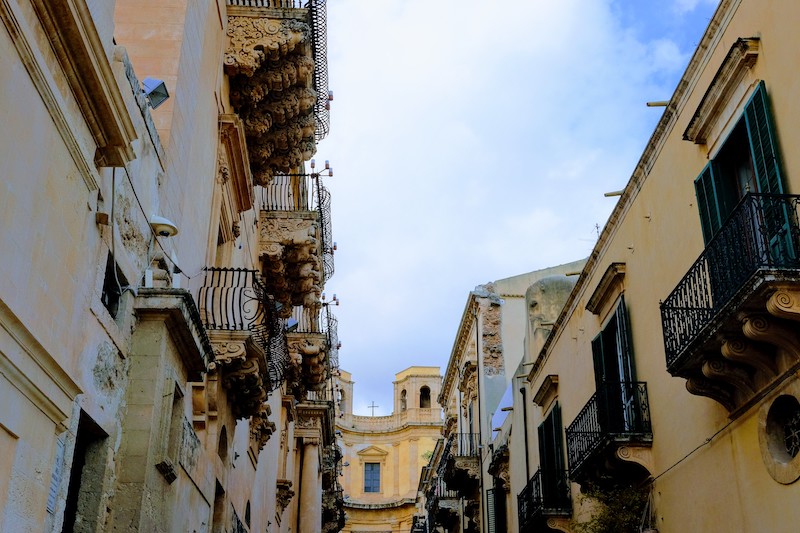 The baroque city Noto is located in the south-east corner of Sicily. This is where to get The Best almond granita, and just 10 min. drive away you will find the unspoiled sandy beach Lido di Noto.

The unique light of Noto

The UNESCO-protected city of Noto is placed beautifully on the Mount Alveria in the Iblean mountains and surrounded by the valley, Val di Noto. 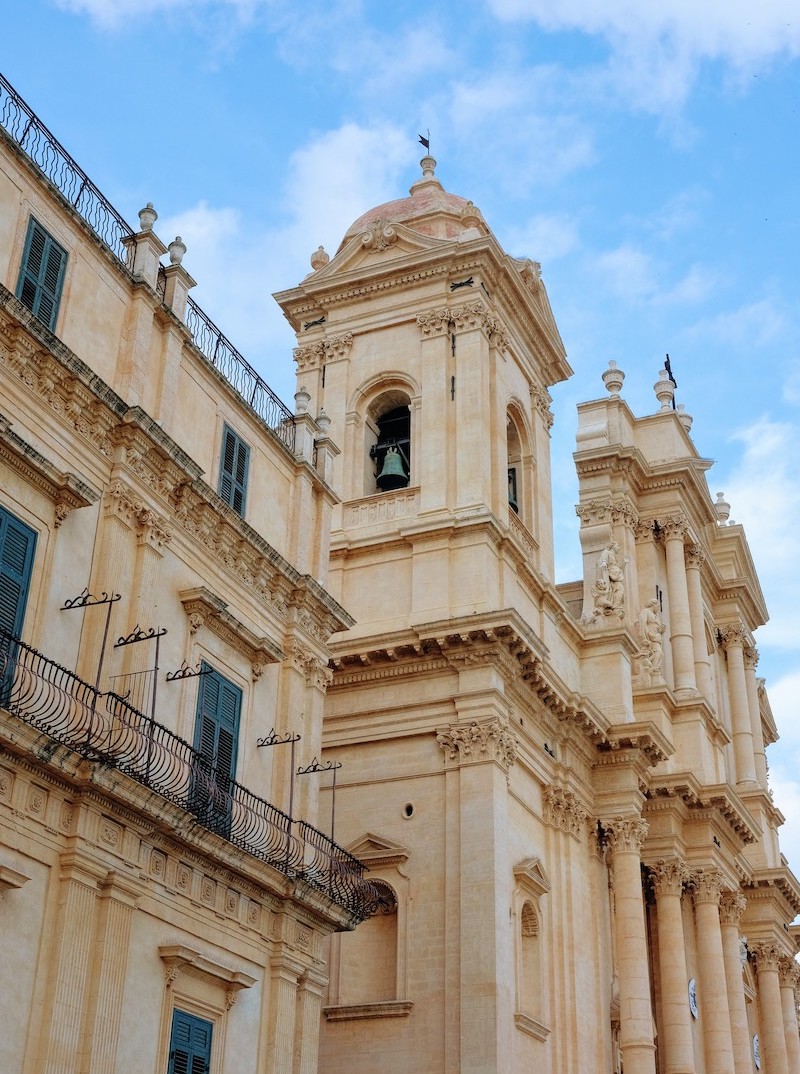 You can see the city from far away, shining. The city was rebuilt after a big earthquake in the 1700´s and a lot of thoughts were made into the architectural details. Each building was made with the same unique golden yellow limestone, that reflects a strong light. During sunset especially, this creates a beautiful and warm honey color light, also when the city is seen from a distance.

We came to Noto in the afternoon. After a day at the beach, it was perfect for a city break. We walked around without any goal, just looking at the architecture and taking in the atmosphere.

The main street, Corso Vittorio Emanuele III, is a bit too touristy for my taste, but we found lots of nice quiet streets and squares. It seemed most people stay around the main street.

Up in the small streets, you will find the slow food–acclaimed Ristorante Crocifisso, with a great wine card, many natural wines. Book a table here in advance.

One of the reasons we also wanted to visit Noto, was to taste the granita at the legendary Caffè Sicilia.

The dessert shop Caffè Sicilia was opened in 1892. Today it is run by Corrado Assenza and his son.

The place has become an institution in Noto for locals and travelers alike, because of Assenza story shown on Netflix’ documentary program; Chefs table. If you haven’t yet, do watch it.

Assenza makes some of the best dessert, cakes, and granite (flavored, crushed-ice dessert) and he uses only fresh local ingredients. His most famous dessert is almond granita, made by the local Romana almonds.

The taste of the cold ice dessert is so rich, and the taste is even better when you come to know the story of how Assenza helped preserve the local Romana almond In Sicily when it was close to extinction.

The almond granita at Caffè Sicilia is the best we have tried in Sicily.

Getting to and from Noto

From Catania airport, by car, it takes 1h. From Marzamemi by car, it takes 1,20h. The train will take you from Syracuse in just 30 minutes. It is also fairly easy to take a local bus to Noto from Modica, Ragusa, and Syracuse.

Only 10 min. drive from Noto and you will be at the coast and the soft sandy beach: Lido di Noto. This beach is one of the most popular beaches in Sicily, why I wouldn’t go there in July-August, where it’s impossible to see the sand for people.

A perfect time to go is in May-June and September- November. We went there in May and almost had the beach to our selves. We parked a bit away from the main town beach, next to a smaller beach stretch where it was totally peaceful. You can find it here: https://goo.gl/maps/B88gHMnD7ws.

One Reply to “Noto”